When I was a kid, I dreamed of drawing cartoons like Garfield and The Far Side. As a teenager, I played music with a drummer-less band, which we cleverly named Decaf. In college, I fantasized about writing a book some day. But honestly, it just seemed too far-fetched. 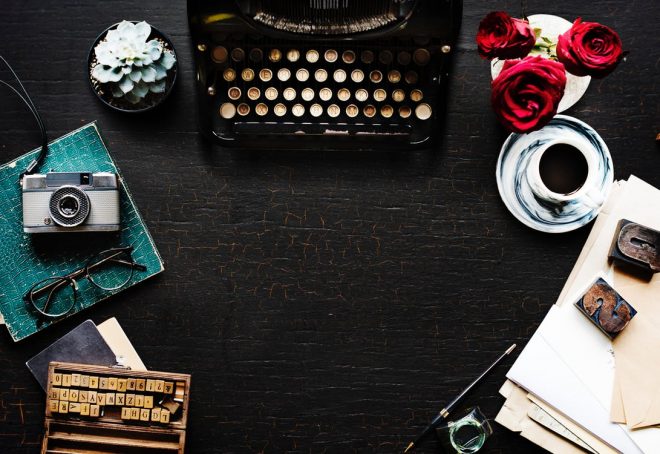 No matter the age, I have always loved art, creativity, and making things out of nothing. But in each season of life, some adult or teacher or relative would see my love for all things creative and always say the same thing:

You can't make a living off art. You'll starve.

I believed them. After all, these were adults. So the first decade of my adult life was spent pursuing safer and more predictable paths. I worked in a call center as a telemarketer, then at a nonprofit as a marketing director. During that time, though, I kept feeling like I was missing something.

One day in my late twenties, I made the decision to become a writer. I didn't know what writers did exactly, but I assumed one thing was that they wrote every day. So, I did that, starting a blog and publishing a new post every day for a year.

Each day, a few more people would read the blog and subscribe to it. By the end of that first year, I had built an audience of over 10,000 readers. A year later, I published two books, launched an online course, and quit my job after quintupling my income.

Since then, I've been writing books and running a creative business. Over the years, I've met many others who have done something similar. And the whole process has surprised me, because it flies right in the face of that well-meaning advice all those adults gave me years ago.

You actually can make money off art. Over the past two years, I've interviewed hundreds of professional makers, writers, and creative entrepreneurs who are doing just that. And what I learned surprised me.

Turns out, there is an underground movement of creative professionals who are thriving in every respect of the word. And here are three lessons I learned from them, along with some practical steps for those who want to follow in their footsteps:

Almost every person I interviewed told me that becoming an artist was a choice, not some talent they were born with. Part of this choice included joining a community of people who would encourage their creativity. For me, that meant going to conferences and coffee shops where other writers were gathering. It meant joining the scene.

[share-quote via=”JeffGoins”]Becoming an artist is a choice, not some talent you are born with.

Here's what you can do:

You either have to join a scene or create one. There is no escaping this. Of course, sometimes, the place where you live doesn't have the opportunities you need to succeed, in which case you either have to go find the opportunity or create it right where you are. This was one reason why I created a conference. When the thing you need doesn't exist, that often means you're the one to create it.

Stephanie Halligan grew up wanting to make cartoons for a living. Then adulthood happened, and it wasn't long before she was working a job she didn't love to pay off $30,000 in student loans. Finally, she decided that she needed an outlet. She needed to get back to drawing.

So she started sharing small pieces of art every day on a blog called Art to Self, which were meant to be small letters of encouragement to herself. The eventual result was a community of fans who eventually started buying her work.

[share-quote via=”JeffGoins”]You can't build an audience without sharing your work.

Here are a few practical tips on getting started:

You can't build an audience without sharing your work.

Melissa Dinwiddie loved calligraphy, hand-lettering, and other art forms. She made things for her friends for free but secretly wanted to make money off it. Still, she was afraid to charge for her work.

A friend finally forced Melissa to accept $20 for a small piece, because they both agreed that's how much she would have paid for a similar piece at Target. And for here, this was just the beginning.

Today, Melissa is a full-time artist, teacher, and author.

Here's how you can do something similar:

What I learned from this little experiment, which eventually became a book, is that real artists don't starve. At least, they don't have to. The story of the Starving Artist is a myth.

So, it seems, the choice is yours.

Which of these steps can you take next? What is your best tip for new artists? Share in the comments.