Have you ever wondered what you were supposed to do with your life? Or felt like you were somehow missing out on “something more?” Turns out, that’s not such a unique feeling. 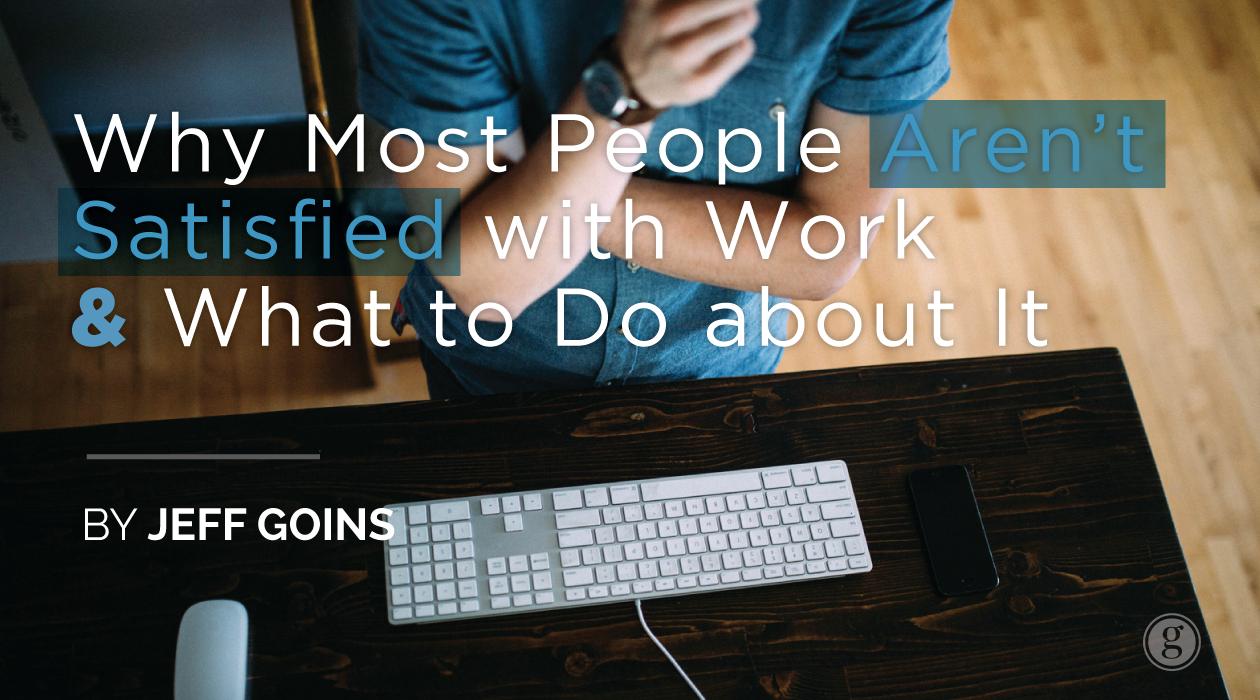 A recent Gallup poll revealed that 87% of the global workforce is not engaged with work. In other words, employees are either not motivated or just plain unhappy about their jobs.

For years, I felt just okay about my job. I didn’t hate it, but I didn’t love it. And I struggled to figure out what to do with my life. Did I have a calling? Was I meant to do something? Or was I just not one of the special ones?

Then I had a conversation with a friend where I told him I didn’t have a dream. He didn’t believe me. In fact, he insisted that my dream was to write. And as soon as he said it, I agreed. I wanted to be a writer.

Two years later, I quit my job and pursued my dream. And in doing so, I learned a crucial lesson: activity follows identity. Before you can do something with your life, you have to discover who you are.

In writing The Art of Work, I interviewed hundreds of people who were doing meaningful work. They all seemed to say the same thing: “I didn’t know what I was supposed to do. It took time to figure it out who I was.” That was a message I could relate to.

These people taught me three lessons about work:

This began as a book about how I became a full-time writer, but as I started diving deeper into the material and stories it became so much more than that. This is a guide that will help you:

If you order the book now,  you’ll get $250 in bonuses, including a free online course, downloadable workbook, and access to me.

Do you struggle with trying to figure out what you were meant to do? Share in the comments.

Previous: 045: An In-Depth Look at Cowriting: Interview with Frank Viola and Mary DeMuth [Podcast]
Next: Shame Is Something We Learn