Kids dream of the impossible. As adults, we think we know better and put those dreams on a shelf. Over time they collect dust and we resign ourselves to defeat. What if this isn’t reality? 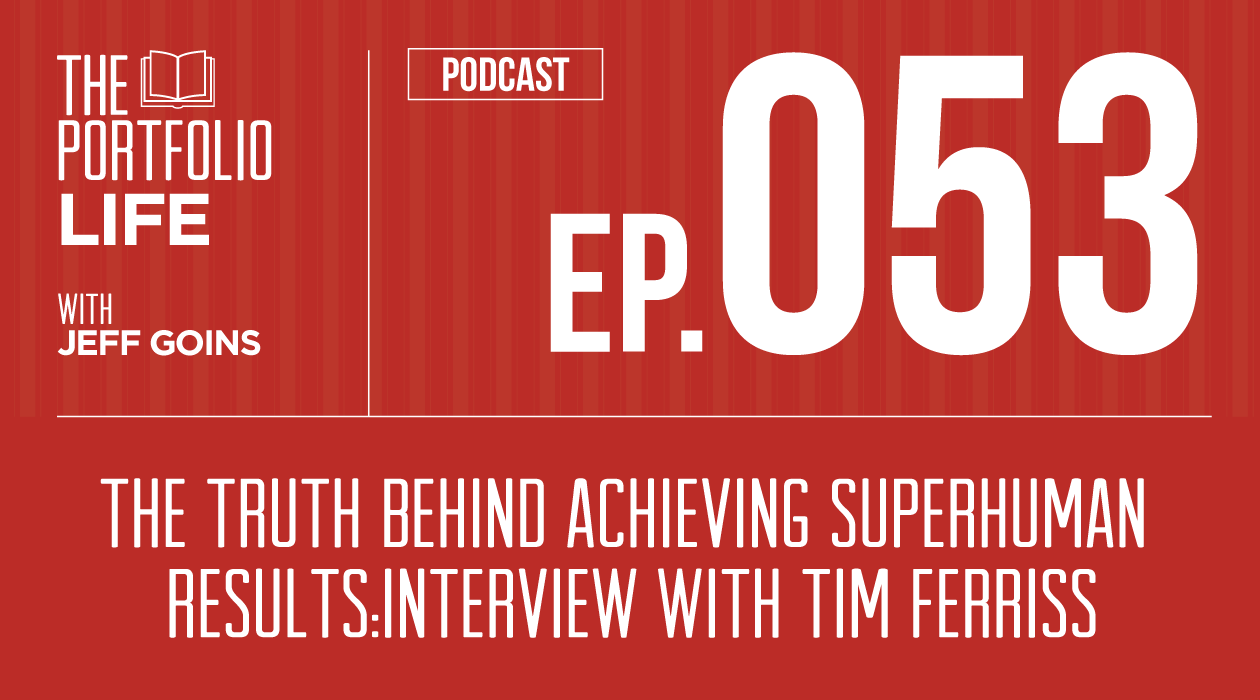 Few of us are blessed with mutant genetics like Michael Phelps. But the Olympic podium being out of reach is no reason to avoid jumping in the pool. What if you could achieve superhuman results without being superhuman?

In this episode of The Portfolio Life, Tim Ferriss and I talk about his latest project, the true opposite of happiness, and the surprising myth surrounding mastery. Despite a tenacious pursuit of new experiences, Tim's humble mission is helping others discover a thirst for learning and to teaching them how to pass it on.

To listen to the show, click the player below (If you are reading this via email, please click here).

You can also listen via iTunes or on Stitcher.

Superhuman skills are within your reach

Tim Ferriss is best known for the insane success of his 3 books, The 4-Hour Workweek, The 4-Hour Body, and The 4-Hour Chef. Each title hit the #1 spot on the New York Times best-seller’s list. With three consecutive wins it's natural to assume Tim is sitting on a beach drinking Coronas or pounding out another 4-Hour-themed masterpiece.

Instead of repeating a proven formula, he is trying something new. During our conversation, Tim confessed writing fatigues him and the solitary practice is difficult. With 4-Hour projects requiring 3–4 years of lonely effort, Tim was left feeling neurotic and self-obsessed. Not a healthy state of mind for anyone.

Tim’s latest project, The Tim Ferriss Experiment, not only afforded the opportunity to explore a new medium, but to practically reveal the mystery behind world-class performers in skills like parkour, poker, tactical hand gunning, Brazilian jiu jitsu, speed chess, drumming and more.

In the first season of 13 TV episodes (which just dropped House of Cards style here), Tim demonstrates a pragmatic approach to bridging the gap between amateur and master within five days.

One of the things I found most interesting was The Tim Ferriss Experiment suffered a colossal setback before it had the chance to hit our screens. Were it not for Tim’s audacity, determination, and a tweet from Kevin Spacey, his newest work may have been doomed to a dusty shelf forever.

Tim’s pursuit of excitement and continuous exploration serves as a prime example of the superhuman skills an ordinary human can experience despite humble, challenging beginnings.

If you ever put a dream on a shelf, you just might discover the path to a fulfilling life by trying a few experiments of your own.

You can hear more from Tim by catching his first appearance on The Portfolio Life where we discuss how to become world-class at anything right here.

In this episode, Tim and I discuss:

Reminder: The early bird discount for my new course goes away tomorrow. Click here to find out more.

What skill are you going to dust off and try? Share in the comments.