Note: This is a guest post from Shaunta Grimes. Shaunta is the author of Viral Nation and Rebel Nation. She blogs about writing at What is a Plot? You can sign up for her free class on how to develop and test a story idea here.

Hi. My name is Shaunta, and I’m a “tiny goal” addict. Also: Hi. I’m a writer, and I have never had writer’s block. Like, ever. It’s true. And guess what. Those two admissions are closely tied together. 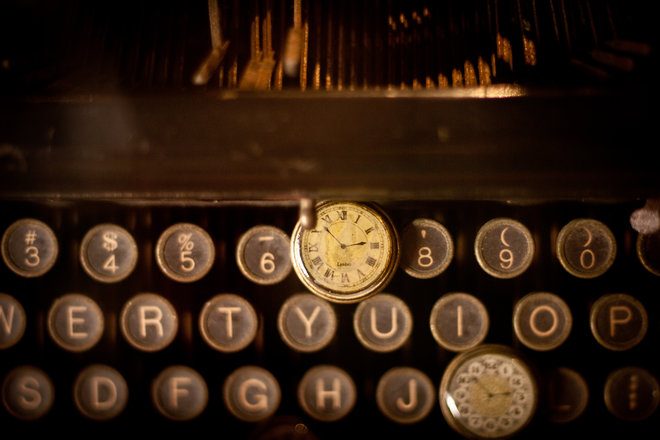 I’ve never had writer’s block because I am addicted to tiny goals.

It wasn’t always that way. I used to make big goals for myself. I’d get a notebook and write out an elaborate plan for writing three hours a night after my kids were in bed (even though I’m totally a morning person.) Or writing 2,000 words a day, because that’s what Stephen King does. He said so in On Writing.

And I might make it through a day or two. Maybe a week. But inevitably, something would happen. Some family thing. Some work thing. And when I was faced with not having a three-hour block for writing, I’d skip the whole day. And without fail, that day turned into a week or a month or even a year.

And then the whole thing would start over again.

How I started using tiny goals

When my daughter Ruby was five, she had pneumonia. We lived in a tiny rural Nevada town, so I had to travel with her to Las Vegas where she was in the hospital for three weeks. I wrote a lot during those days, and I thought a lot about being a writer.

I didn’t have much else to do, and writing kept me sane. Writing has always kept me sane, so pulling out a notebook every day was a no-brainer.

I realized, during those weeks, sitting with my little girl in the hospital, that I really did want to be a writer, and I wasn’t going to get there by writing in short-lived (but heroic) bursts. I needed a daily writing habit. I made a promise to myself to write a page a day for a month after we got home.

Six weeks later, that page a day goal turned into the first draft of my first published novel.

Think of either an amount of time or a number of words that you are absolutely certain that, no matter what else happened in a day, you could meet.

Now cut that in half.

Maybe, cut it in half again.

Keep going until you have a goal so small that it would be psychologically more difficult for you to break it than it would be for you to just give in and get it done.

Now, small is relative. After years of working really hard to get here, I was finally able to quit my day job this year. I’m a full-time writer. So writing 500 words or working for thirty minutes a day on my fiction writing is my current tiny goal.

You might be thinking, Jeez, lazy. Thirty minutes a day, and you don’t even have a day job? That’s ridiculous. I get that. Just stick with me, though.

The whole purpose of a tiny goal is to get you started.

A few months ago, I was still working full-time, and I was building an online business, and I still had the regular family obligations. (I’m a soccer mom, I have an adult son with autism, and my parents-in-law with dementia live with me.) Back then, 500 words a day wasn’t a tiny goal. It was a pipe dream.

My tiny goal then was ten minutes a day.

I’ve never personally had to go less than that for a tiny goal, but I see absolutely nothing wrong with having a thirty-second goal if that’s where you are. A one-sentence goal. Honestly, whatever hits that sweet spot for you where it would be harder to skip it than to just get it over with.

I mean, sure. Technically, if you want to set your timer for thirty seconds, write one sentence, and quit until tomorrow, go for it. At that rate, you’ll probably write one book in your lifetime, and that’s all Margaret Mitchell knocked out, right?

You sit down at your desk. You open your manuscript file. You maybe re-read your last paragraph. You put your fingers on the keyboard. You start typing.

What a tiny goal does is help you get past the initial hurdle of starting to write.

Here’s what the transformation from ten minutes of writing to twenty or thirty or an hour or more looks like:

The whole purpose of a tiny goal is to get you started. The stuff that happens before you start writing can be monumental. You have to talk yourself into choosing writing over all the other things you could be doing with those ten minutes. And if you are anything like me, every minute of your day, you’re making a choice between at least three things you could be doing.

Write or start a load of laundry?

Write or talk to your partner about that bill you forgot to pay?

And those are just things you could do instead of writing for ten minutes. If you have a goal of, say, writing three hours a day, now you’ve entered a whole other ball game.

Write or have a part-time job?

Write or take a college course or two?

Write or take your kid to the park?

Whew. Pressure! No wonder it’s so easy to just skip it, sometimes for days or weeks on end.

Tiny goals to the rescue!

What a tiny goal does is help you get past the initial hurdle of starting to write. It gets your butt in a chair. It gets that manuscript file opened. It gets your fingers moving.

Once you get going, momentum takes over. I would estimate that at least 90 percent of the time, I far exceed my tiny goal. Right now, I generally write fiction at least two hours a day. When I was still working my day job, I usually managed twenty to thirty minutes a day.

Having a daily tiny writing goal does something else, too. It keeps the idea that you really are a writer front and center in your brain. And you want to be a writer, so keeping that little bitty commitment becomes something that feels really good on more than one level.

Tiny goals aren’t only a mind trick, though. It’s not like I give mouth service to writing 500 words a day but secretly expect myself to write 2,000 instead. I truly give myself permission to write 500 words a day (or, when things are super hectic, 10 minutes a day.) There are days where I stop mid-sentence and put it away until tomorrow. There are days when I feel like I'm fishing each word out of my gray matter with a toothpick.

On those days, I get my little bit of forward motion in, and then I don’t think about it again until the next day. The key is to make that forward progress every single day.

If you commit to making a tiny bit of progress every day, you’ll find that momentum carries you right through writer’s block like it doesn’t even exist. If you’re really stuck, go ahead and give that thirty-second goal a try.

What ridiculously tiny goal can you set today? Share in the comments.