One of the lessons I learned in researching the habits of successful creative people for my latest book is that professional artists and writers tend to develop a habit of sharing their work on a consistent basis before they ever succeed. 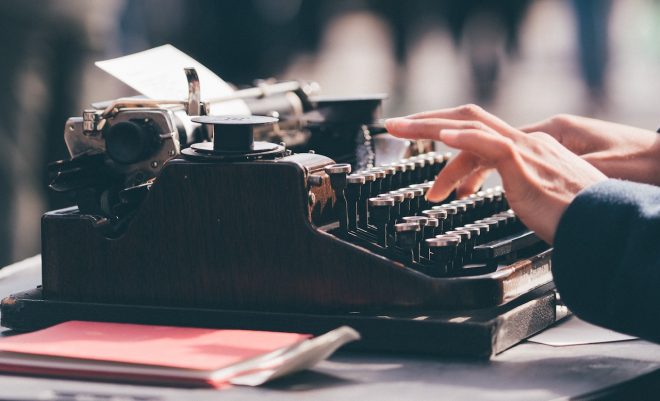 This is what I call “practicing in public” and in many cases, it is a process that lasts for years before the person sees any kind of measurable success. Here's how it works.

When a young Pablo Picasso moved to Paris in 1904, he was not the world-famous painter we know him as today. Rather, he was a penniless painter whose ambitions included to “live like a pauper but with plenty of money.” And in the end, he did just that.

But how did Picasso become one of the world's most famous and successful artists? It was not talent alone that did this. He needed the right connections, as we all do, in order to succeed; and, of course, he needed practice.

So what does a 24 year-old artist who aspires to make it big do?

Well, first he moves to one of the most creative cities in the world. In the early 1900s, Paris was just starting to become a hub of art and fashion and culture. But it was not enough for Picasso to simply relocate himself. He needed to become a integral part of the scene. And the way to do that was by finding a patron, someone who could connect him to other influencers in the art world.

In 1905, Picasso met Gertrude Stein and immediately offered to paint her. At the time, Stein was a particularly well-connected patron in the modern art scene of Paris, the same scene the young Picasso was trying to break into. Every week, the two would meet at Picasso's studio, and he would paint her. This went one for as many as 90 sessions before the artist was finally satisfied with his work.

Most days, Stein would walk home by herself, but on Sundays, Picasso would accompany her back to her home at 27 rue de Fleurus on the other side of river. There, they would dine and discuss art, culture, and life. These dinners eventually became Stein's weekly salons, where Paris's leading artists, authors, and intellectuals gathered.

It was at these meetings that many artists and patrons began to hear about this new, young artist named Picasso.

How to make your work finadable

If you want to make things for a living, you have to make your work easy to discover. Which means you have to create a lot of work over a long period of time and share that work in a lot of places. The way to get found, to quote Austin Kleon, is to make yourself findable.

Entrepreneur Sean McCabe says if you aren't willing to do something every single day for two years before you see the reward, then you aren't really serious. I agree. This requires consistency and perseverance.

So let's look back at how Picasso did this:

In short, her practiced in public. And he wasn't the only one.

Lisa Congdon, a successful illustrator and fine artist, started sharing her visual art on Flickr every day for four years before she got paid. Eventually, though, people started offering to buy her work. The same thing happened with Stephanie Halligan, who posted a daily cartoon on her website ArtToSelf.com for two years before she sold her first print.

I wrote every day on this blog for two years before publishing my first book. Shortly after that, I published another book, launched an online course for writers, and was able to quit my job and go full-time with a writing business. My friend Ben Hardy did the same thing, writing two new articles per week on the website Medium.com for a year straight. He had been writing online for about a year before that.

Two years of steady practice. This is what it takes. But not just any practice, the kind you do in public.

Every day, I hear from countless creatives who have amazing work to share with the world. But they just can't seem to break through. It's hard these days. There's a lot of noise and a lot of bad work out there.

Some simply give up. It just doesn't seem worth it to try to compete with all that. This is the wrong path to pursue. It won't make you happy, won't fill that hole in your soul that only creation can satisfy.

If you're serious about your art, share it. Every day. In public. This is how you get good at your craft and how you ultimately build an audience that will want to buy your work.

[share-quote via=”JeffGoins”]If you're serious about your art, you have to share it.

Share one piece of your creative work every single day for thirty days straight. Tweets don't count. Emails don't count. Not unless you're creating something new each time.

Do what Picasso did. Work and work and work, but do it in front of the right audience so people can see you getting better and more serious. Who knows? Maybe you'll even begin a few conversations that could lead to something. Or maybe, worst case, you'll just get better.

This can be anything. A blog post, a picture of a work in progress, a daily video on Facebook. The goal here is consistency and perseverance. Measure the process, not the results.

Here's how it works:

That's it! I'll be using the Facebook group as the main place to encourage and challenge folks (and to share my own work), so make sure you join me there.

Who's in? Let me know in the comments and leave a link to your blog.