Recently, I finished writing my fifth book. I thought it’d be done in March, so naturally, it was complete six months after that. This is often the way it goes. 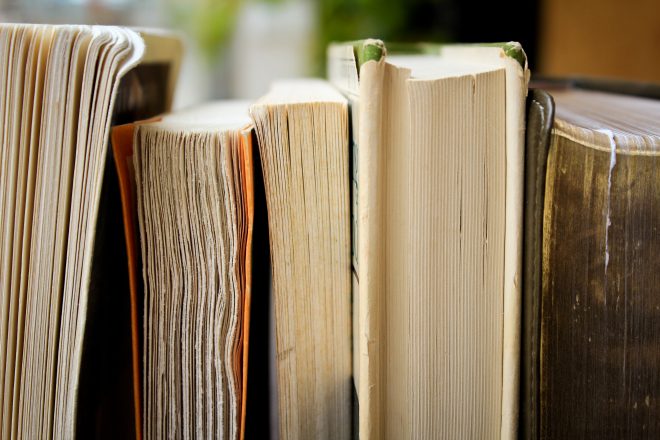 Writing a book is hard. I don’t think that statement should surprise anyone who’s acquainted with this craft, this trade that Ernest Hemingway said contained no masters, only apprentices.

The more you do it, the harder it gets.

Sure, there are parts that become less taxing, like developing the discipline to write every day or growing your ability to write a sentence that is grammatically correct. Practice can make certain parts seem effortless. But it can also reveal how much more you need to grow.

That’s what happened to me recently.

Now that my publisher has my latest book (it should be out next summer, by the way), I am struck with the realization that the experience of writing it has been harder, more grueling, and more painstaking than any other project I’ve worked on thus far.

Practice can make your work feel effortless. But it can also reveal how much more you need to grow.

People who know me ask if I am relieved. No. The truth is, I am scared. What if I messed something up? What if I didn’t honor the research well enough, or miscited a source, or simply didn’t do a good enough job stating my case? What if everyone finds out I’m really an imposter?

As Maya Angelou once said:

No wonder writers are known for their bouts of depression and drinking habits. This stuff is hard.

I don’t think this is necessarily a bad thing—feeling bad for doing good work. At least, in the proper context, it can guide you toward mastery.

This was true for me when I finished the second draft of my latest book and realized I wasn’t even halfway toward a finished product. At that point in my previous book, I was done and satisfied with the work. The chasm between the two books made me sad: A book that went on to become a bestseller was now, in my mind, one that I wouldn’t be proud to turn in.

The secret to mastery is that the more you do it, the harder it will become.

But this is the way it is. As you grow in your craft, you become more self-conscious. You learn how much you don’t know. And that knowledge makes you humble, and better.

Steven Pressfield once wrote that it’s only the amateur who thinks that he has arrived. The professional is filled with constant self-doubt. If you’re wondering whether or not you have what it takes, that means you do.

So get back to work, and keep growing.

Along those lines, once we complete a major piece of work, like a book, there’s often this sense of incompletion, emptiness even.

My friend Joe told me this when he completed his memoir the same day I finished my book. I texted him the day after, and he told me that he felt directionless and without purpose now. That made a lot of sense to me.

The truth is, writing a book, even finishing one, will not give you the sense of satisfaction you think it might. And if it does, that feeling won’t last long. This is why so many entrepreneurs sell their businesses only to go start another (see my friend Casey’s post on why selling his business and essentially becoming financially independent didn’t make him happy).

If you’re wondering whether or not you have what it takes, that means you do.

Why is this? Does it mean the act of creation isn’t all it’s cracked up to be? Not at all. It means that the point of being creative is to be creating, not to be done. Which is why the minute I turned my book in, I started working on a new book. My job is not to be done with the work. My job is to be working.

You are never done. Your master work is not complete. Your best work is far ahead of you—whether you have weeks, years, or decades left. There’s more of your story to share, more work to create, more yet to be done.

3. It means you’re getting better.

Socrates once said that the more he knew, the more he realized he didn’t know. This is the definition of wisdom. The older I get, the less willing I am to give advice, and the more hesitant I am to share an opinion—simply because I realize more and more that I have no idea what I’m talking about.

Even in writing my fifth book, which is basically narrative-driven personal development, I am offering less advice and more just trying to share some stories that I found fascinating.

Getting better means you start focusing more on yourself and less on what other people are doing. Mastery is a deeply personal thing.

The point of being creative is to be creating, not to be done.

But one thing I do know is this: The more you create, the better you get. But as your capacity to create better work increases so often does your taste. Of course, in the beginning, as Ira Glass has so wonderfully stated, in a creative career, your taste almost always outpaces your talent. As you grow, though, what you can produce will come more into alignment with what you like.

The truth, though, is you will never be satisfied. I’m certainly not. I’ve worked harder on this book than any other by a factor of ten. And yet, I am more worried, more scared, more unsure about this project than anything I’ve previously written. Why? Because I am starting to see how far I have to go, and where mastery truly lies—always on the horizon, in our sights but just beyond reach.

The more you create, the better you get.

When you find yourself feeling dissatisfied with what you’re producing and wondering if you’ll ever have what it takes, take heart. This means that you are better understanding the depth of your craft. The more I write, the more I realize what great writing requires and how far yet I have to go. It’s a challenge, to be sure, but not an insurmountable one.

So, I will keep writing. I will start that next book right now—not tomorrow, not in three weeks, but now. What does this mean? At this point, not much. I’ve opened up a new file on my computer and called it “New Book.” I’ve written one sentence, saying, “This is the next book.”

That’s not much. But then again, for a perfectionist who never feels like his work is done, moving on to the next project is everything. It’s what keeps me going.

The point of being a writer is to be writing. I love finishing projects, I love selling books and helping people. But I love writing even more. That’s what I promised myself when I began this journey five books ago—that if I could just write for a living, I would.

Have you wrestled with self-confidence? Have you abandoned any work of art that you should restart? Share in the comments.

Previous: 10 Tips on Networking Like a Pro at a Conference
Next: 121: Why You Need to Let Go of Your Ego with Ryan Holiday