“What does your daddy do?” the teacher asked. “He makes books,” my son replied. Well, not exactly, but that was the best my wife could coach our three-year-old to say at the time. 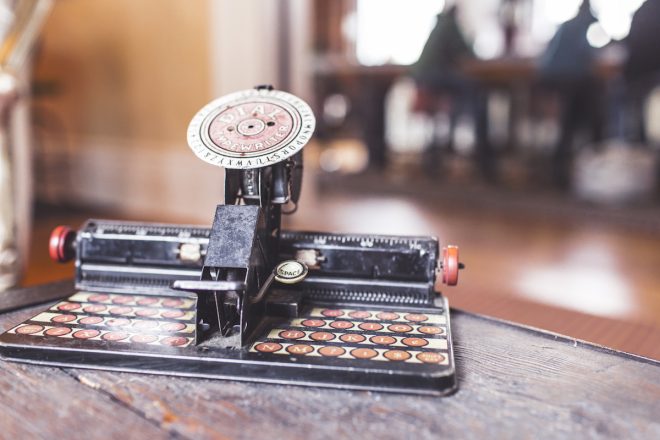 I wonder, though, if in a few years when Aiden finds out that all I do is write books, and I don't actually make them, that he'll be disappointed. I know there are days when I am.

The job of a writer is a weird one. There is all this pressure to do all kinds of things that have nothing to do with writing or with the readers you want to reach.

Last week, a friend emailed me, asking if I could promote her very first book. She offered to pay me to send an email to my newsletter list. Her publisher said she had a shot at “hitting the list.” What list, I asked? “Oh, I dunno,” she texted me. I sighed, picked up the phone, and gave her a call.

Book launches do weird things to you. They can cloud your judgment, even make you a little selfish (I'm talking about myself here). So I chatted with my well-meaning friend a bit and convinced her that in the long run, it'd be better to sell more books and help a lot of people than to chase some best seller list. She has a lot more control over one than the other.

The next day, I had a chat with another author who was about to launch his first book. Same kind of deal. Lots of pressure on the book launch. Lots of stress about becoming a “best seller.” But for what?

Here's the truth: being a best seller doesn't mean what you think it does. What do I mean? Well, here. Let's take a look at three hard truths about bestsellers:

So does this mean we just shouldn't care about becoming a “best seller”? Not at all. Rather, we should redefine the term, or instead recapture it for what it should mean: a book that sells better than most books.

And what that means for you and me is that instead of trying to chase arbitrary titles like “New York Times best seller” we should instead seek better ways of reaching and serving an audience and getting a book (or whatever it is you have to offer) in their hands. And if the New York Times notices, fine. If not, all the better.

The point is, stop chasing things that aren't real measurements of success. Focus on what you can control (like how many books you sell or how many people you reach). And do the best work you can when the world isn't watching.

[share-quote via=”JeffGoins”]Do the best work you can when the world isn't watching.

For more on this, check out Tim Grahl's free video series on what it really means to be a best seller. Click here to check it out.

Have you ever chased the wrong measurement of success? What does a best-selling book mean to you? Share in the comments.