This is Day 6 in our 7-day Blog Like a Pro (BLP) Challenge. If you missed yesterday’s lesson on strategic generosity start there. Also, check in on Facebook to see what others are doing!

So at this point, you may be wondering: where is everyone? Where are all the readers, the visitors, the fans of your blog? You’re doing all these things to improve your blog, but nobody’s showing up. What’re you doing wrong? 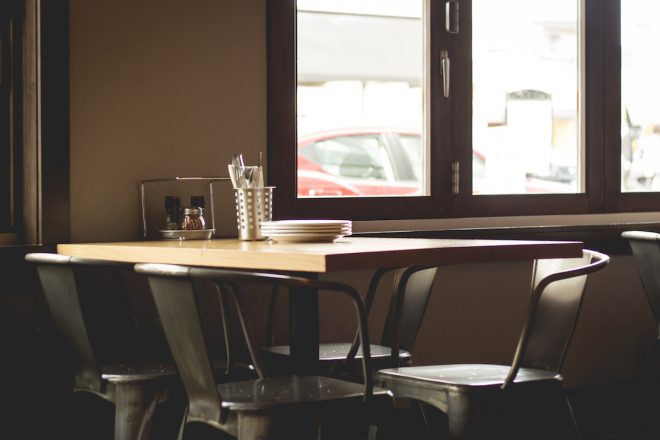 You want more readers? Want more fans? You really, really do? Well, it comes down to one simple tactic that many bloggers neglect: you have to ask.

You have not, because you ask not.

The art of the bold ask

Look. There’s a time to give, and there’s a time to ask. And you’ll never get to pro status as a blogger if you don’t eventually put your work out there and ask people to not only engage in it but share.

The trick here, as we observed yesterday, is to give more than you try to take. But there’s absolutely nothing wrong with occasionally making a plea for some readers. Time and time again, I’m amazed at the power of asking when it’s preceded by a season of giving.

A friend and I went out to lunch the other day. While at lunch, my friend gave me a copy of Gary Vaynerchuk’s new book, #AskGaryVee.

“Because, look. I have watched every episode of Gary’s free YouTube show. And he has not asked for a single thing in these past two years… except to buy his book. So I bought nine copies and gave them to friends.”

First, you have to give your way into influence (we talked about this yesterday).

And second, you can’t complain that nobody is listening to you or buying your books or paying attention to you if you don’t occasionally ask your audience to care about the things that you care about.

You can’t do this all the time. But every once in a while, a well-placed ask is powerful.

I realized this years ago when I started meeting influential people and saw that how, over time (i.e. the course of months), when I would ask them for things, they would almost always say yes.

You have not, because you ask not.

So be generous. And then be bold. And be okay with when they say no.

One word of caution on this: don’t be the guy or gal who’s constantly running around asking people for favors. That is not what I am saying here. At the same time, don’t go broke or neglect your blog because you’re afraid of a little rejection.

If you ask, you’re going to get rejected. Eventually. So just get used to it.

But if you serve first, and ask later, and you don’t hold it against people when they turn you down, you will be surprised at the kind of favor you receive.

Maybe you’ll be awed (like I was) to see that sometimes when you put an important piece of work out there, like a book or a conference or a blog, there will be a long line of people waiting to help you make this thing succeed.

But you’ll never know if you don’t ask. 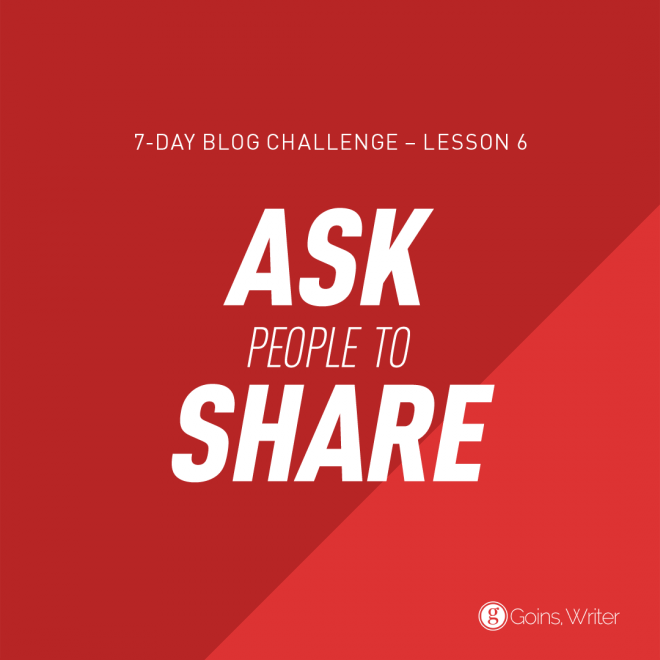 Assignment: Ask people to share your blog. Write something useful or helpful or use something you’ve already written and then personally ask 10 people to share it online. They can tweet or Facebook or email or link to it or all of the above. Ask a few people you know will say yes but then a few you would love to share your work but are secretly afraid to ask.

Then reach out and try to do the same for someone else. Remember to pay it forward. Leave a comment here once you’ve completed the assignment.