Train yourself to let go of everything you fear to lose.
–Yoda 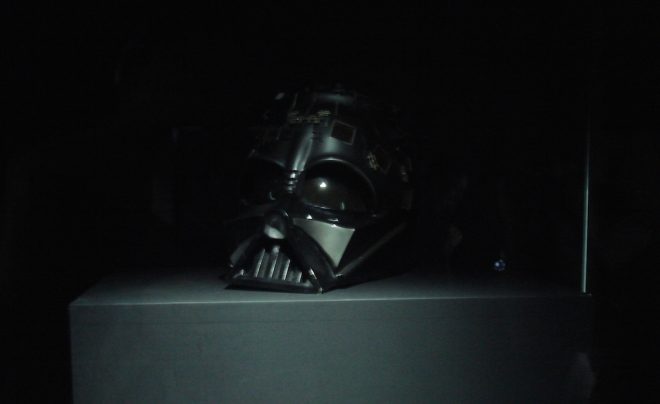 We tend to think that success is the destination, the thing we're striving to accomplish. But in reality, it's just another stop on the journey of life. We need to remember the goal is to keep moving, and the most dangerous thing we can do is stand still for too long.

It’s probably no coincidence I saw the new Star Wars film a week after a life-altering personal retreat. I’ve always loved that franchise and this most recent contribution to the canon did not disappoint. In preparation for it, I read up on the history of Star Wars and learned a few interesting things I recently detailed in an article for Entrepreneur.

While writing the piece, I found myself relating to the worst things success can bring you — essentially, the fear of losing the thing you worked so hard to build. In a nutshell, what made Star Wars great was that it was a risky endeavor, constrained by its own limitations, and fueled by a movement of die-hard fans. And these are the very things its creator seems to have forgotten later.

But this is not a recrimination of George Lucas. It’s an indictment against myself.

Starting down the dark path

Five years ago, I began a risk-filled journey in an attempt to write full-time. I had little free time and less money to pursue my passion. But I had to try. So I used what resources were available and began to build a community online.

Eighteen months later, I had quit my job, launched a business, and published two books. The future looked bright. Fast forward to the present, and I just finished my most frenetic year yet. It was so busy I didn’t stop to ask myself, “Why am I doing this?”

When I finally did, the answers surprised me:

Over the past year, I’ve achieved almost everything I ever thought I wanted, at least in terms of typical measurements of success — money, fame, freedom — and it wasn’t what I thought it’d be. It was neither overwhelming, nor did success ruin my life like many fear.

If anything, it was just a little disappointing. Nobody ever tells you that the hard part isn't accomplishing your goals. It's figuring out what you want to accomplish in the first place.

When goal-setting steers you wrong

Last January, I set some goals I never would have thought of attempting just a few years before. By December, I had checked them all off my list and was left with as a sense of longing, as if my soul was saying, “Is this it?”

So I went on a retreat, and at the eleventh hour when some of the best rescue operations come, I read a book that changed my perspective. A friend from Twitter advised that I pick up Parker Palmer’s A Hidden Wholeness, and it was the fresh air I didn't know I needed. The message is that the source of our greatest trauma is living the “divided life” in which our souls and roles do not integrate.

Afraid that our inner light will be extinguished or our inner darkness exposed, we hide our true identities from each other. In the process, we become separated from our own souls. We end up living divided lives, so far removed from the truth we hold within that we cannot know the “integrity that comes from being what you are.

Can you relate? I can.

This past year for me has been filled with “wearing other people’s faces” as May Sarton wrote. I've made multiple attempts at trying to achieve other people's success and mistakenly thought that’s what I needed. But none of it fit.

This has nothing to do with money or fame or worldly success and everything to do with trying to fill a role instead of trying to find my soul. These past few months, I’ve been searching for myself, and at times, the search has proven elusive. I went down wrong roads and pursued what I thought I wanted only to get it and realize it wasn’t right for me.

If you listen, your soul will tell you what it needs, what you need. So when I get too far from “home” — from who I really am — I can feel it. Now that I've started listening again, I feel vulnerable but know that I'm on my way to living an undivided life, and I can think of nothing better.

I'm terrible at goal setting but still aspire to get better at it. This recent reflection was more about connecting to who I am. During the process, three things came to mind. So here are my commitments to myself (and, in a way, to you):

In other words, I will be who I am even if that means it makes me less famous or not as rich. I would rather be myself and fail than play the role of someone else and get praise for being untrue to myself.

And that, friends, is all I have to say about that.

If you are reflecting on your own integrity, I suggest the following resources to help you:

Did you ever succeed (or fail) at something that revealed to you what you really wanted out of life? Share in the comments.