How do you know if something is a good idea? Do you trust your gut? Ask other people? When is the right time to go all in on a creative endeavor? 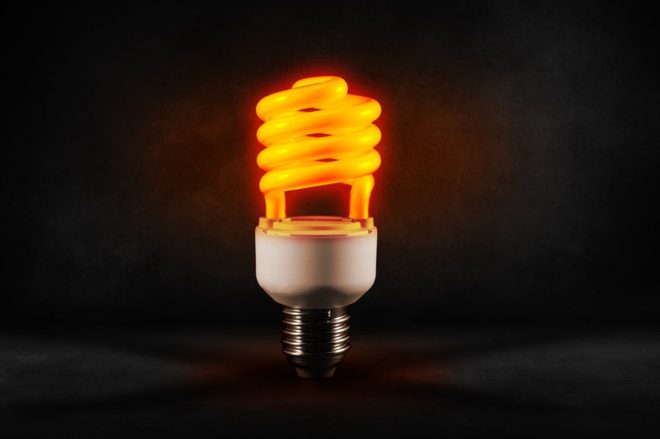 For the longest time, I misunderstood how the creative process worked. I thought brilliance was a crapshoot: you either got lucky or you didn't. To me, it was a product of throwing as many things as possible against the wall and seeing what stuck. I assumed that to come up with a brilliant idea the best thing to do was keep “throwing” things.

Certainly, there is some truth to this. Edison apparently came up with a thousand ways to make a lightbulb before he found one that worked. Master artists average a minimum of ten years of practicing their craft before they produce brilliant work. We know genius takes time.

But is that all there is to it?

The truth is ideation is not just about attempts. It's also about process. I see this often with who just keep trying to “make it.” They're waiting for a break, pounding the pavement, hoping the hustle will pay off. But they're kidding themselves.

Hear me loud and clear on this: There is smart hustle. And there is stupid hustle.

Stupid hustle says “keep trying, and some day all your hard work will pay off.” It tells you that it's their fault for not understanding how good you are and to just keep going for it. This is the American Dream, the story we think is the success of every great artist, entrepreneur, and athlete. But that's not the whole story.

[share-quote via=”JeffGoins”]There is smart hustle. And there is stupid hustle.

As singer Colbie Caillat remarked when she was rejected by American Idol early on in her career: “I was shy,” she recalled. “I was nervous. I didn't look the greatest. I wasn't ready for it yet. I was glad, when I auditioned, that they said no.”

In other words, they were right to reject her. She wasn't that good yet. But that rejection fueled the young singer's drive. It made her want to be better. Why? Afterwards, she didn't just keep trying things the way she had been doing them before. She took the feedback, applied it to her craft, and found a way to succeed.

And if that's what it takes for a platinum artist to succeed in the very competitive music industry, it's probably won't take anything less than that for you or me.

Seth Godin talks about this in his short but powerful book, The Dip, in which he debunks the common myth that “quitters never win.” That's not true, he says:

Quitters win all the time:

Some of the world's highest performers quit their way to success by discarding the things they weren't good at or didn't love so they could do something better. Everyone has something that they can be best in the world at. You just have to quit your way to it.

Years ago, when I was a marketing director at a nonprofit, my friend Mark Almand gave me some great advice. “At our company,” he said, “we never go all in on any single idea. We test it.”

“Simple,” he said. “We call it experiment-chase-program. Before we spend a bunch of money on a new strategy or create a whole new division, we run an experiment. We set a goal and use limited resources to try to reach that goal.

“If it works, we move on to the ‘chase' stage, which requires us to double down, spending some more money and time chasing this strategy. If we continue to see results, say over the course of a month or quarter maybe, we'll move to ‘program.' This is where turn this idea or strategy into some ongoing effort. We make it part of the business plan or marketing strategy. It gets a regular line item in the budget.

“Of course, we continue to measure how well it's doing, but we realize at this stage there will be ups and downs, and so we evaluate on a less frequent basis. But if at any point, we think the program is no longer working, we go back to experimenting.”

Experiment. Chase. Program. A simple concept that applies to just about everything:

As you may know by now, I'm not a big fan of the “take the leap” strategy that some  people champion when it comes to pursuing a pasion. Rather, I endorse a “build a bridge” approach. Take your time chasing a dream, and it will likely last a lot longer.

[share-quote via=”JeffGoins”]Take your time chasing a dream, and it will likely last longer.

And so it is with your big idea, the book you want to write, that business you want to start. Don't go all in until you do the following first.

Before you write the book or launch the business, start small. Begin with a habit. Try doing it for half an hour to an hour every day for 30 days and see if you still like it. See if you even have the discipline to do it every day.

Author Shauna Niequist once told me early on in my writing journey, “Most people think they have a whole book on their computer, when in fact all they have is a chapter.” She was talking about herself, but she was, of course, talking about me, too.

If you've caught the writing bug, as was the case with me, consider starting a blog and writing on it once a week before you run off and try to write a book. If you can't do it on a blog, you won't be able to do it in a book.

Run an experiment. Set a timeline for it, have an intended outcome, and create some consequences for what happens if you hit your goal or don't. If you don't, you need to keep experimenting. If you do, move on to the next step.

2. Chase: Explore the idea and see if it scales

Once you've seen some success and realize that this thing you want to do is more than just a good idea — it's something you have to do — then it's time to chase it down.

Make everything harder and riskier to see if you continue to enjoy the process. See if the idea holds up to scrutiny to 100 strangers. Get people to read your work, critique your business idea, give you feedback on your form and technique.

This is how we get better. We invest more of ourselves into the process and figure out what we're still doing wrong.

[share-quote via=”JeffGoins”]Make everything harder and riskier to see if you still enjoy the process.

I applied this principle after seeing results of my efforts with this blog — people were subscribing — and so I decided to try to sell something after a year of maintaining that habit. It was still an experiment but one that was a little less of a pipe dream than “I want to write a book!”

I conducted a survey, asking my audience what content they wanted, and they said “blogging help” so I wrote a short, 10,000-word eBook in a couple of weeks and sold it. I said, “If it sells 100 copies, then I'll keep doing this. If not, I'll try to find another way to support my family.”

500 people bought that eBook in two days. So I kept going. I kept chasing. And a year later, that Big Moment finally came… two years into the process.

3. Program: Commit to the long game

At this point, you can go all in.

You can quit your job or write that book or whatever. It doesn't have to take two years, but it won't happen all once, either. I quit my job after I'd run a number of experiments and chased the things that worked (books, courses, blogging) while quitting the things that didn't (consulting, coaching, software). I found a way that worked for me and built a system around that.

I created a program.

This isn't just about writing or quitting your job or any of that. It's about how you take a big idea and turn it into something that just might work. It's also a way to try just about anything without shooting down “bad ideas” or throwing away money and time at things that you think are good ideas that just don't seem to pay off. The truth is, nobody knows if an idea is good or bad until it works or fails.

[share-quote via=”JeffGoins”]Nobody knows if an idea is good until it works.

The other day one of our team members said, “Hey! How about we do THIS?”

Do you jump first and ask questions later? What's your process for vetting new ideas? Share in the comments.