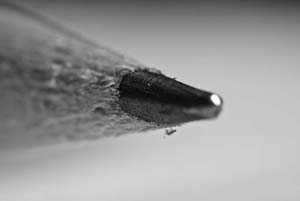 What do the best authors know that you don't?

J.K. Rowling doesn't have to write a book proposal.

The world's best writers aren't worried about marketing. They're just concerned with writing.

What's the difference between them and you? They've built a platform, and now the gatekeepers are coming to them.

Wouldn't that be great, if that could happen to you? Maybe it can.

3 tools that will change your writing career

The difference between writers who've made it and those still struggling is not talent. It's platform. Influence. They have the authority others are trying to get.

If you've been trying to get noticed by a publisher and keep beating your head against the wall, there's hope. The trick is to not over-promote and try to sell yourself like a used car salesman. No, it's the opposite: Stop pitching, start building.

Most writers hate selling themselves. They just want to do what they were meant to do: write. There are three tools every writer needs to get published:

With these three tools, once you have them, you will forever change your writing career. You won't ever have to pitch your writing and will cause the gatekeepers to come to you.

How do you do it?

If you do these things, you will succeed — eventually. It may take months, or it may take years. But if you do the work, you'll see the results.

This was how I was able to get a book contract without having to write a single proposal. It's also the reason magazines routinely ask me for content without my having to submit a query letter.

What're you waiting for? Start building your platform today.