This is Day 3 in our 7-day Blog Like a Pro (BLP) Challenge. If you missed yesterday’s lesson on making it matter start there. Also, check in on Facebook to see what others are doing! 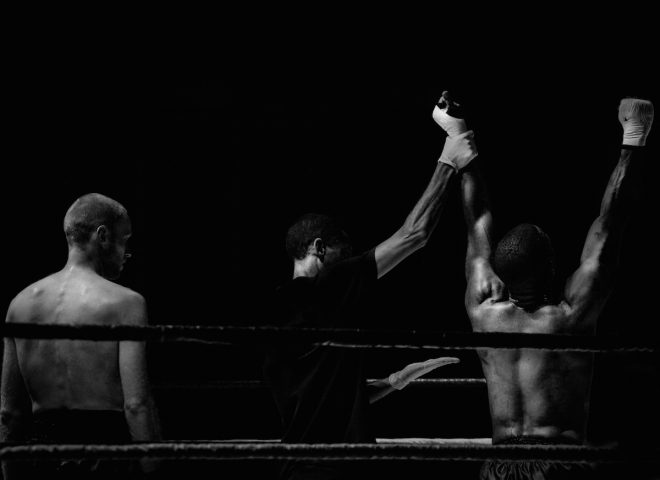 People want to believe they’re in an epic battle of good versus evil. But we all know real life is filled with much more nuance and gray area than we’d like. Or do we? In politics and and life, we want a good guy and a bad guy. We want a story to follow that is simple and easy to understand, and we want to know who to root for. More than anything, we want to believe we are engaged in an important struggle and that our side is going to win.

Of course, you can use this manipulate people and coerce them into doing things they wouldn’t normally do if they were thinking rationally. You can use these ideas to grab power and corrupt the masses, if you’d like. I wouldn’t recommend that, but you could do that if you really wanted.

On the other hand, you can’t ignore these rules.

What grabs people’s attention is conflict. This is true in story, and this is true life. And nowhere is that more important than in writing. You have to have an argument, something to say that people will disagree with. I mentioned this in a Facebook group the other day, and a person told me I should use a less aggressive word like “perspective.” But that’s not what I meant. I meant argument.

Look. You don’t have to be argumentative to have an argument. But you do have to have something to say. And it begins with disagreement. What’s something wrong with the world that you could fix? What’s a problem you know the answer to? How do you feel about X (insert your political, moral, or religious issue)? We all have opinions about certain things, and we don’t do them any justice by keeping quiet.

I maintain there is a thoughtful way to share your opinion with the world in a way that doesn’t sound like empty rhetoric or hyperbole. It simply comes down to making a case for your belief and taking a stand behind it. And here’s the truth: you don’t have to be right to be interesting. But just because you happen to be right doesn’t mean people will think you’re interesting.

What makes for interesting and engaging content – on a blog, in a movie, or even in politics – is when you have someone who says, “This is WRONG. Who’s with me?” In many ways, identifying what you’re against is more attractive that stating what you’re for. It’s crazy, I know. But it’s the way our minds seem to work.

One law you can’t ignore

So what does this have to do with writing and your blog? Good question. Everything. The truth is we are attracted to ideas that grab us. We want to be part of movements that mean something. And that means you can’t just be vanilla. You can’t be so-so. You have to be big and audacious and that can look a million different ways. You have to pick a fight.

Does this mean you have to be pushy and angry and call people names? Of course not. But it does mean you have to lean in to the argument you want to make. Now, don’t be contentious for the sake of contentiousness. But at the same time, you can’t ignore this law of curiosity. People are fascinated with a fight. And every piece of writing contains a little argument worth sharing.

So the next time you sit down to write, try the following prompts to get started:

And so on. Surprise people. Incite them. Get them excited about a battle worth fighting. Don’t attack a person. Attack a bad idea or an injustice or something that’s just plain broken. Then paint a picture of how things can be better; give your reader hope and invite them into that solution.

That’s something that writing, perhaps, does better than politics. 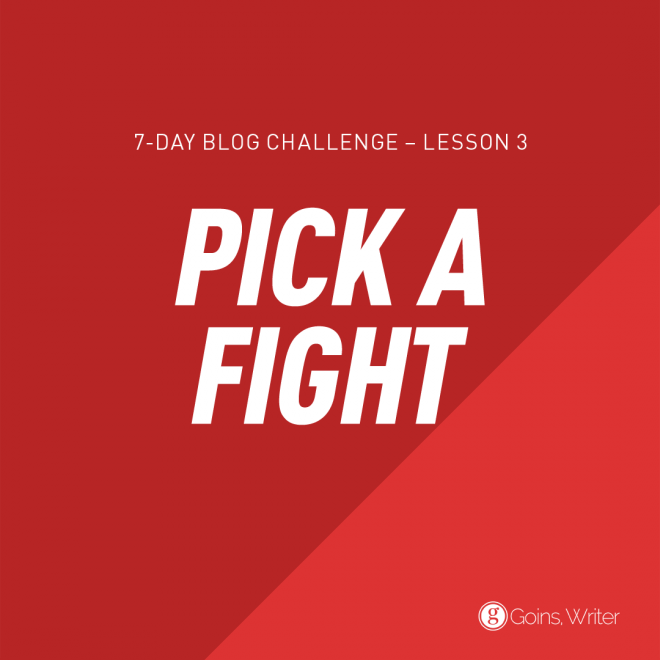 Assignment: Find something other people are saying and disagree with it. Don’t do it just to be controversial. Do it because you actually disagree with it. Write about a belief or idea people tend to take for granted. And then obliterate it. Invite people into the discussion and see how they respond. Be careful, though. This can get heated. You’re dealing with the most powerful form of communication there is. Good luck. Then share a link to your piece below.

What do you think of controversial writing? What’s your fight to pick? Share in the comments (along with a link to your piece!).