Recently, a friend asked if I ever felt like a fake writing about writing instead of, you know, just writing. I’ve been asked this question lots of times before. No one has asked it more than me. 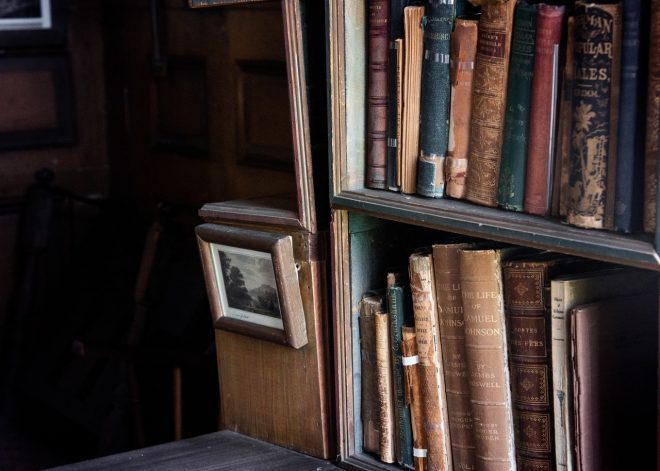 It’s a good question, one we all must ask ourselves at some point: Am I doing what I’m meant to do, or am I settling? At some point in your work, you will wonder if you are living up to your potential or merely doing the safe thing.

And believe it or not, this an excellent place to be. It tells you that something is wrong. And what you do next is very important.

In addition to this blog post, I also recorded a podcast to expand on the idea of what to do when you feel like a fake. You can listen to it below (or just read the article, if you prefer).

You have a true self (listen to it)

To begin, if you feel like a fake, then that assumes there is a true version of you, some identity that sits deep at your core. I believe that. One of my favorite writers and thinkers is an old Trappist monk named Thomas Merton, and one of Merton’s most well-known ideas is the concept of the false self. Here’s how he writes about it:

Every one of us is shadowed by an illusory person: a false Self. We are not very good at recognizing illusions, least of all the ones we cherish about ourselves.

He argues that the greatest sin a person can commit is to not be true to themselves. Parker Palmer makes a similar distinction between your “soul” (who you really are) and your “role” (what society expects of you).  He says that it is better for a person to be whole than it is to be good.

I resonate with that. My greatest miseries in life were not caused by failure. They were caused by success. When I was successful at the wrong thing, when I was pretending to be someone I wasn’t—that’s when I was most miserable.

The same, it seems, can be said for some of history’s greatest authors and artists. Eventually, they realized the roles they were playing were not the ones they were meant to play. Or perhaps, they simply outgrew them.

At any rate, the point for you and me is that when we feel like a fake, we need to listen to that voice. It’s telling us something is out of alignment, and we must take action to correct it. Otherwise, we might just go through life, living out of our false self, thinking it’s the real thing.

Every great career starts with a shadow

Steven Pressfield has a name for this phenomenon of finding yourself doing something that is close to your calling but not quite it. He calls it a “shadow career.”

The basic idea is that all of us have a true vocation in life, but most of us settle for something less—a “shadow” of the true thing. Almost every great writer and artist, at some point, had a shadow career, something they were good at that paid the bills but wasn’t their true calling. For example:

And the goal of our work is to never settle. As soon as we find ourselves in the shadows, we must move on.

There’s a lot more riding on this than you know. If you don't move on, you may be depriving the world of your greatest gift.

Hemingway eventually moved on from journalism to change the way we read stories in the English language.

Gilbert did the same and inspired millions of people with her books and famous Ted Talk (which is one of my favorites).

And Tim Grahl just completed his masterpiece (which I highly recommend).

We cannot take these voices lightly, the voices that whisper to us of who we really are and what we’re meant to do. Who knows what’s really at stake?

So here’s the thing that no one ever seems to say about shadow careers:

Shadow careers are not a distraction from the work you’re meant to do. They are the first iteration of that work.

[share-quote via=”JeffGoins”]Shadow careers are not a distraction from the work you're meant to do.

Most of us, at some point, have a moment when what we're doing feels like posing, like we're faking it. And at this point, we're tempted to believe we're a fraud. But that’s actually an important step in the creative process. This moment is meant to tell you something.

We all feel like a fake at some point. This means we're being honest about our work. It means we don't want to settle for a shadow and whether we realize it or not, we're headed toward the true thing.

This idea goes beyond faking it till you make it and comes down to you recognizing the truth about yourself. The way you get to your best work is by pushing through those feelings of inadequacy, while listening to the inner voice that calls you out when you are being fake. As you go, you will discard what is false and keep what is true.

Before you can see the light, you first have to see the shadow.

Don’t stay stuck in the shadows

So, you find something that looks like the light that you were chasing. You set up shop, camp out on this thing you call your calling. You experience some success and maybe even earn yourself a nice little status. And if you’re not careful, you can assume that this shadow career is the destination.

Every artist has to pay the bills. That's called being a grown-up. But there comes the point when you are no longer trying just to survive. You’re doing the work and making a living. It’s not exactly your dream, but it’s close enough.

And now, you find yourself hesitant to try something new. The stakes are higher, and you have more to risk losing. So, you hide behind success, behind a role, and your soul begins to scream.

This is how you know you are hiding: you’re afraid to risk losing the shadow. That’s a dangerous place to be because at this point you don't need the shadow. It needs you more than you need it. Your true self is calling out, and your false self is trying to keep it quiet.

Now, you need to take the next step into the light, and that can difficult. After all, we are not very good at recognizing the illusions we have about ourselves. It takes guts to step out of the shadows when the shadows are safe. That is why you must do it.

[share-quote via=”JeffGoins”]If you feel like a fake, then there's a good chance you're not one.

We all feel like impostors at some point. But the cliche advice that you should “join the crowd” (which I admit I’ve said before) will not satisfy your inner longing to be your true self. You’re going to have to do that work of becoming who you’re really meant to be on your own. Because only you can decide when you’re living true to yourself and merely posing.

The good news is this: If you feel like a fake, then there’s a good chance you’re not one. Because the poseurs don’t ask such deep and dark questions. They’re too busy taking selfies.

Most professionals I know, conversely, are wracked with self-doubt and feelings of inadequacy. They’re obsessed with making the work what it’s supposed to be and often feel like broken vessels for delivering something so pure.

Many of history’s most celebrated artists had day jobs, at least for a while. They used the commercial work to pay for the important work. But there also came a time when they realized that the day job or the shadow career was no longer serving their vision of what they wanted to create.

What once was an onramp was now a roadblock, and they had to keep moving.

So when my friend asked if I ever struggled with writing about writing instead of just writing, I admitted I did. This is also something I am working on. Most days, I feel riddled with self-doubt, fearing my best work will never get made. And because I have this voice, I can’t quiet inside of me, saying, “There’s more,” I try to listen to it.

I suppose that’s all we can do. I mean, we can ignore that voice. We can live inside a shadow and tell ourselves that we’re okay. But in the late hours of the night or early morning when the applause and accolades have faded, we will know the truth.

We are always chasing an idea of what should be while dealing with what is. And that’s life. The trick, I think, is to remember the end and not stay stuck in the means. “We don't make movies to make money,” Walt Disney once told a critic. “We make money to make more movies.”

“One for them, one for me,” I heard one actor say to another. Do a blockbuster to feed your family, then an art film to feed your soul. Both are important. Both necessary. Even Dickens wrote A Christmas Carol in six weeks to pay off his debts. It was a commercial project that became something more in the process. So you just never know.

This is the dance. Art and commerce. Shadow career and calling. It’s always a struggle, still a tension. We move towards the light, realizing every movement brings with it new shadows.

My advice to any writer struggling with feeling like a fake is, “Keep going.”

And every time you feel yourself posing, stop and ask yourself if this is really you. Then listen to that voice.

[share-quote via=”JeffGoins”]My advice to any writer struggling with feeling like a fake is to keep going.

Say no to that project you never felt right about accepting. Use your shadow career to fund the next move in your calling. Do not settle for a shadow when the light is calling. And when the bills start to pile up, you can worry about the money again.

That’s fine. That’s healthy. We all have to do this dance between the different worlds we inhabit—what Lewis Hyde calls the “market economy” and the “gift economy.” We are members of them both, and each abides by very different rules.

Who knows. Maybe something beautiful will emerge from such tension. Indeed, perhaps that's the only way great art ever gets made. The light is always casting shadows. Your job is to keep moving in the direction of the real thing, even if you aren't quite sure what it is.

Here are some resources on this for further reading:

What's your shadow career? Is it helping you move forward or are you stuck? I'd love to hear about it in the comments.