Are you ready to find your voice and build the audience your writing deserves? Tribe Writers will help you finally pick yourself and get started. Click here to learn more.

In 2011, Sandy Kreps was working just outside of Dallas, Texas as an art director, and things were going well. It was hard to be away from her two young boys, but the family relied on her income, so she made the sacrifice a lot of parents have to make.

Then she got laid off. 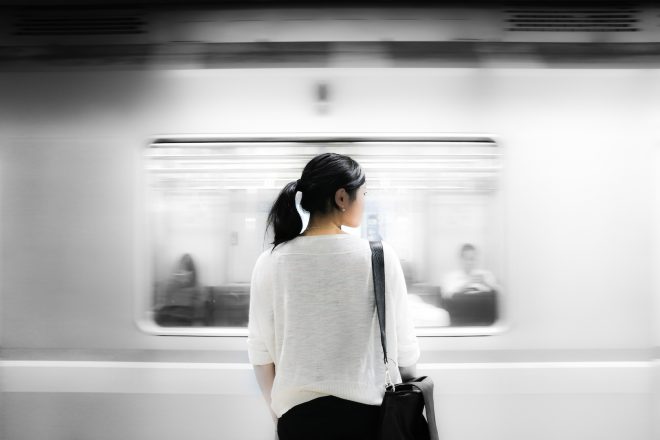 It appeared to be a blessing in disguise, because now she could finally pursue her passion for writing while staying home with her boys.

With a fair severance and the blessing of her husband, Sandy set out to do something she had always wanted to do: She was going to try to make a living as a writer.

It wasn’t easy, though. For years, she struggled, writing a blog few people read. She tried to publish books that didn’t sell well and in spite of her attempts to make money writing, nothing seemed to work.

The whole experience was frustrating. What was she doing wrong? It wasn't for lack of effort on Sandy's part, because she was trying — she was really trying. All the while, she watched other writers’ careers skyrocket. Blogs that began the same time hers did were reaching tens of thousands of people and here she was, still plugging away with disappointing results.

As her unemployment began to run out, this young mom took her situation even more seriously. Something had to change. But what?

Then, something even worse happened: Sandy was diagnosed with a chronic illness.

As a mother, wife, and aspiring writer, she didn’t have time for this. She didn't have time to feel sick and tired every day. Maybe it was time to just throw in the towel on this writing thing altogether and go find a “real job.”

When the tides turn

In a last-ditch effort, Sandy decided to give one more go at writing. She signed up for Tribe Writers, an online course that helps writers build their audiences and get paid for their work. Because she had no other plan, she followed each lesson, and soon, she started to see results:

It wasn't all at once, of course, but as she did the work, she started seeing results. Why? Because she was no longer grasping as straws. She was following a proven process and surrounding herself with other writers to encourage her.

Last year, she attended the Tribe Conference and met a woman there who challenged her to finish the book she'd been working on for two whole years. Sandy took the dare and completed her book in 90 days.

The book, Mommy Simplicity, was published in January 2016 and has sold nearly 1000 copies in the past ten months.

What Sandy did, you can do

Today, Sandy is doing something she never thought possible. Every single day, she gets paid to write, all from the comfort of her home with free time to watch her boys grow up.

She still struggles with low energy and other health complications — those are things that will never go away. Fortunately, because she's a writer, she can do her work from bed or have a flexible schedule on the days when she's feeling “off.”

When she shared her story with me, Sandy was embarrassed because it’s not the usual success story of “making millions on the Internet” you usually hear. But that’s why I love it. It’s a real, honest story of a writer making her way in the world.

It's not some crazy life on an exotic island that Sandy has. It's even better. It's real. She's doing work she loves that benefits her family and her thousands of readers. And maybe that's more than enough to be proud of.

Sandy is well on her way to making a full-time living as a writer. Every month, she sells more books, makes more money, and reaches more people with her writing. Once she was stuck, now she is not.

The same can be true for you. In Sandy's words, “There's always a way.”

So… what made the difference between Sandy's struggling and finally succeeding? Looking back at her journey, there are four things that she did right that we all can do:

[share-quote author=“” via=”JeffGoins”]Every story of success is a story of community.

If you dream of becoming a writer, do what Sandy did. Here's what she said about the experience of joining a community of other writers who encouraged her and helped her succeed:

Before I joined Tribe Writers, I felt like I was getting nowhere. I was trying different stuff and nothing was working, and I felt like I was making up the plan as I went along… Now, I feel confident. I have a plan, I know what to do, and I’m not overwhelmed anymore.

Do what Sandy did

If you want to feel the same, it’s time to stop waiting and invest in yourself. It’s time to go pro.

And that begins by not letting your obstacles stop you and finding a way to get around a group of writers who can encourage you and hold you accountable. It also means following a proven process that you can trust.

If you’re serious about taking the next step, I encourage you to join Tribe Writers, as Sandy did. It is, in my opinion, the best investment a writer can make in themselves.

Are you ready to finally pick yourself? Tribe Writers will help you find your voice and build the audience your writing deserves. Enroll before Midnight on Monday to get the Effective Writer course for free ($200 bonus). Click here to learn more.

What is it you're waiting to be picked for? Share in the comments.