I’m finally getting to work on writing my next book. It’s taken six months to feel ready, but I’m glad I didn’t jump right into it. Today, I want to share with you what compels me to start writing a book.

Because this probably doesn’t work the way you think. 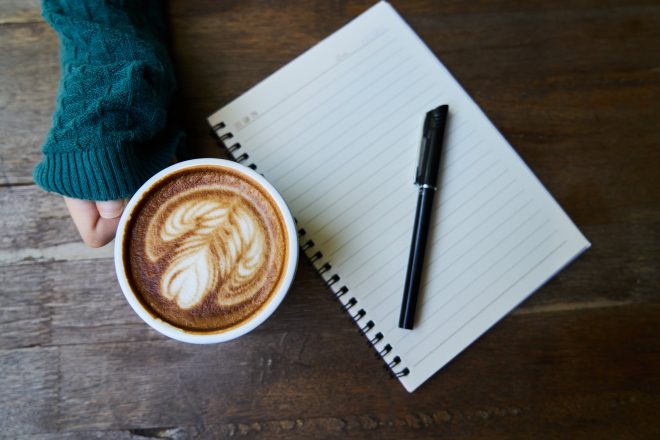 I used to think that writing a book was as simple as sitting down and doing the work. Heck, I probably even said it was that simple at one point. Well, I was wrong. It’s a lot more complicated than that.

The most neglected part of the writing process

Let me back up. It’s easy to write a book. I mean, relatively speaking. Lots of people do it every year. Millions of authors create millions of mediocre books. But if you’re reading this, my guess is you want more. I certainly do.

What does it take to write a good book? Not only one that sells well, but that people enjoy?

It takes more than hard work. It takes the right kind of work.

Writing a good book takes more than hard work. It takes the right kind of work.

But I’m getting ahead of myself. Before you even start doing the work (which we’ll cover in a future post), you have to begin with an idea.

This is probably the most neglected part of the writing process. Before you sit down to write, you have to start somewhere else. That’s right. Writing a book doesn’t begin with writing. It begins with thinking.

Right now, I’m ghostwriting a book with a friend, and we have spent the past three months simply kicking ideas back and forth. Next, I am talking to an acquisitions editor at a publisher who will share feedback on our idea that we’ve developed for the past few months. Long story short: our idea isn’t ready.

This is how it works. Coming up with a good idea that may eventually turn into a good book takes a lot of work. And most people simply circumvent this process. Because it isn’t necessary. You can, after all, just start writing. And isn’t that what we tell ourselves? “Do the work”?

But before we do that, we have to ask ourselves an even more important question:

What is the work for?

This was something I learned from the great Seth Godin. Before you attempt any great project, before you hire your first employee for your startup or put one word on paper for your novel, you should ask two very important questions:

These are selfless questions, ones that supersede your passions and desires of what you want for yourself. Certainly, writing can be incredibly fun and fulfilling; we writers shouldn’t feel bad for gratifying ourselves with the work that we love. But there comes a point when you have to ask: what is this for?

Is it just for me? Just for my own amusement and entertainment? Or am I also doing it for someone else?

I can’t speak for you, but in my case, I’m writing for myself and for other people. I want to move people and make them think, maybe even act, differently. I don’t always accomplish this goal, but it’s my mission, nonetheless.

And so, before I sit down to write, I have to ask: What is this book for?

The truth that I’ve found after writing five books, two of which were national bestsellers, is that for me to finish a book I have to be completely caught up in this idea. It has to feel so important that not writing it feels like a disservice to others.

As my friend Ryan Holiday says, if you can avoid writing this book, then you should.

When you write a book, it should be something you can’t not write.

If you can avoid writing a book, you should.

So, how does this work?

How do you come up with an idea worth writing about?

I don’t have a great process for this other than the following:

I’ve written about this more at length in this post on how to pick a good book title, so I won’t go into all that. Suffice to say, you need an idea that you can get completely obsessed with.

This, I think, goes for both fiction and nonfiction alike. Whether it’s a novel, a memoir, or an advice book, you’ve got to believe that the world needs to hear this thing. Which brings my to my second point.

But how do you know an idea is good?

Slightly longer answer: you don’t until you get feedback.

Once I get an idea for a book, do you know what I do?

I incessantly bug my friends about it. I text them, take them to coffee, nag them over and over about it.

I always want them to say kind things to me, like “this is the best idea ever!” And that never happens. It turns out that the idea is never as clear as I think it is.

Which has taught me an important lesson: your big idea is not clear until you can clearly talk about it.

Your big idea is not clear until you can clearly talk about it.

For me, I have to talk to think. I have to process verbally to get my ideas out of my head and into the world. And whenever I do this, I always am surprised by how unclear my idea really is.

So when I ask my friends for feedback, I ask the following questions:

Don’t move forward until you get multiple whose opinions you trust to tell you that this is a good idea, they would pay money for it, and have given you constructive feedback on what else you can add.

The idea doesn’t have to be perfect, but it needs to be compelling. You need multiple people telling you, “Wow! You need to write that.”

But don’t stop there. You’re not done yet.

I often hear other authors say when they’re working on a book, they don’t read anything from any of their peers or anything like that, because they don’t want their thinking tainted by other people’s ideas.

That’s ridiculous. Either you subconsciously steal from your friends and heroes and get accused of plagiarism, or you do it on purpose and give credit where credit’s due.

I recommend the latter.

So here’s what I do:

What I mean by this is once you know you have a good idea, just let it sit. Let the seeds of genius grow into something more. Let the idea haunt you.

Wait a few weeks. Maybe even a few months, as I recently did. And if the idea still is gnawing at you, then you might really have something.

As a matter of caution, run the idea by a few more friends or colleagues. Get some more feedback. Is it still clear? Does it still resonate? Does this still feel something you can’t not do?

If so, it’s time to write that book.

If you want to write a book, a good book that people will buy and read, you won’t want to miss my new course, Write a Bestseller. Click here to check it out.

What book are you writing (or want to write)? What is the big idea? Share in the comments.